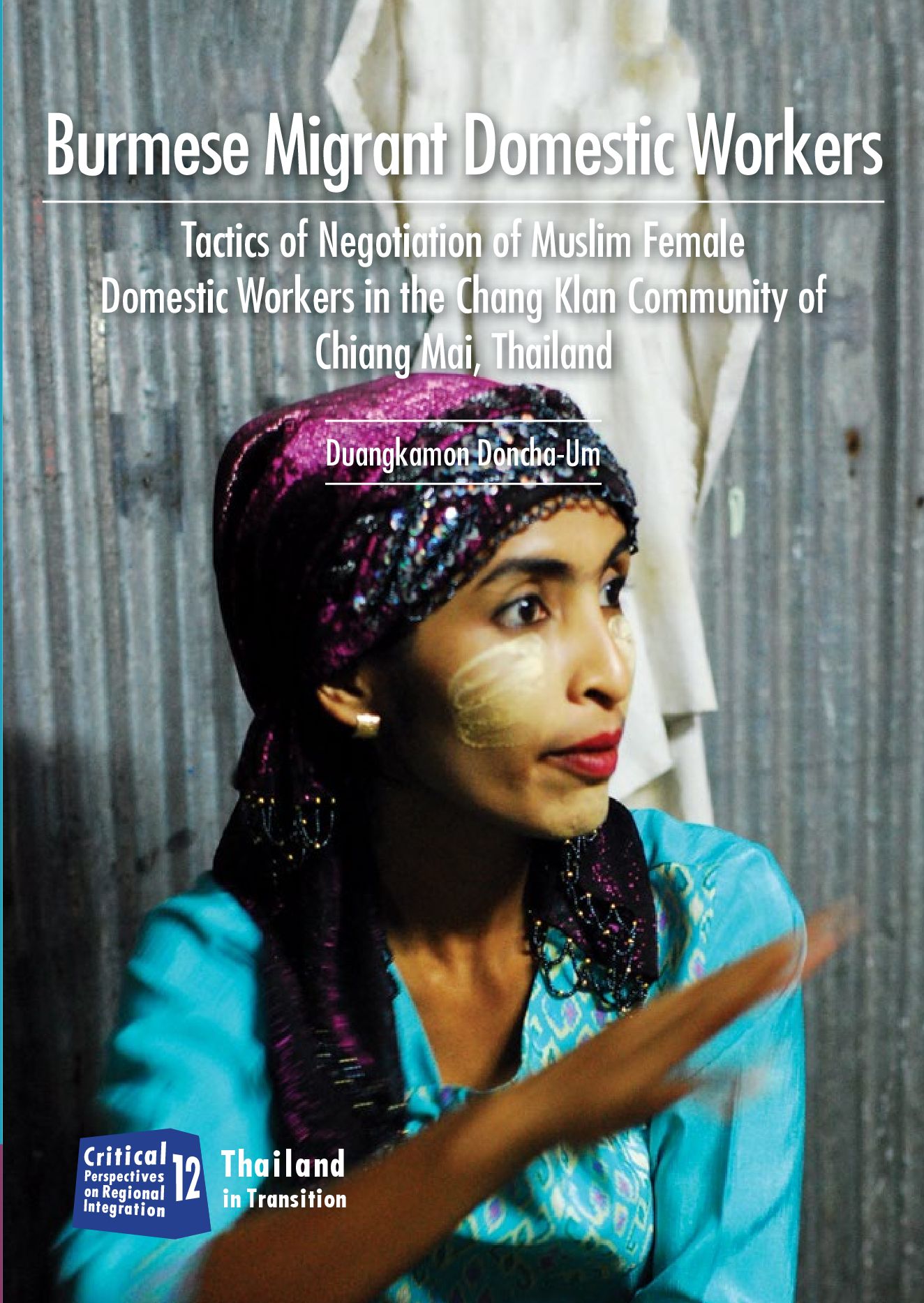 Burmese Migrant Domestic Workers
Tactics of Negotiation of Muslim Female Domestic Workers in the Chang Klan Community of Chiang Mai, ThailandDuangkamon Doncha-UmBurmese Muslim female migrant domestic workers live their lives in a host society— the predominantly Muslim Chang Klan neighborhood of Chiang Mai city in northern Thailand. These women seek to transform their vulnerable, marginalized identities as Burmese (race), Muslims (religion), migrants (migration status), domestic workers (class), and women (gender) into social capital via various tactics of negotiation in the community in which they have resettled.Although these women are frequently subject to exploitation from their employers, host society, and the Thai state due to their stigmatized and marginalized identities, they are not simply victims and passive agents of structures of inequality. In their daily lives these women employ various methods to turn their ethnic identity as Burmese, religious identity as Muslim, and gender identity as women into forms of social capital. Despite holding “weak” positions in inequal structures, they manage to use their class and migration status as tactics of negotiation to further their goals of upward mobility.The setting of the Chang Klan Muslim migrant enclave community helps to facilitate the lives of Burmese Muslim female migrants, and has become a space of exception for Burmese Muslim migrants, where they are increasingly able to fulfill their religious, economic, and social aspirations.
Copyright Bookkaze Co,. Ltd. 2021