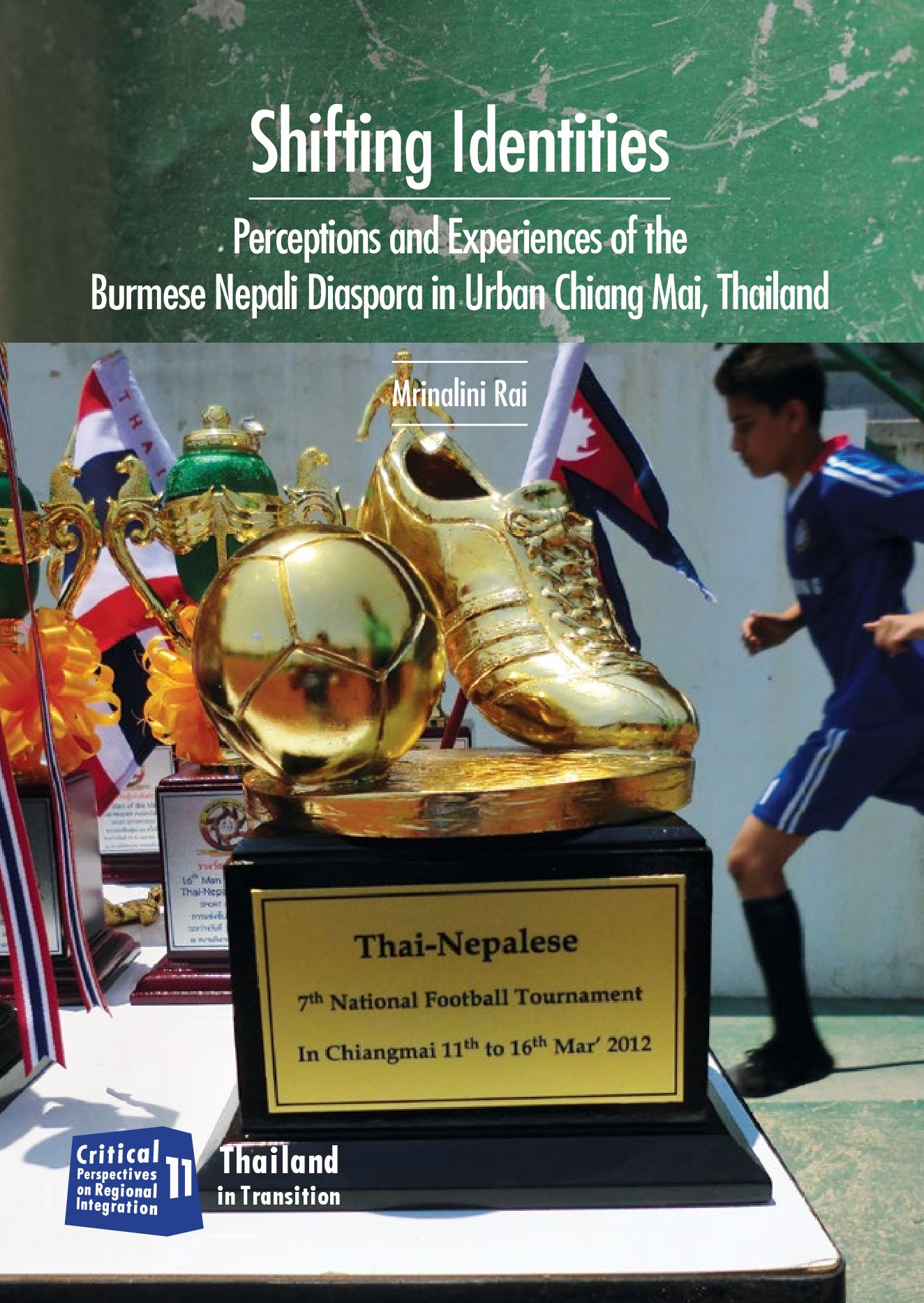 Shifting Identities
Perceptions and Experiences of the Burmese Nepali Diaspora in Urban Chiang Mai, ThailandMrinalini RaiThis research studies the development of the Burmese-Nepali “Gorkhali” community in urban Chiang Mai, focusing on the cultural orientation they brought from both Burma and Nepal and which they have retained since migrating to ailand. is aspect of the community re ects a diasporic identity that is re ected in the lives of the twice-migrant Nepalis. e interest and focus in this study is the cultural representation of Nepali identity that conceptually situates the Burmese-Nepali as a Nepali diaspora in ailand. e research into the theory of diaspora and the lives of those who are part of one is still ongoing. In this research, Mrinalini Rai examines the narratives and perceptions of the Burmese-Nepalis in Chiang Mai, in order to further develop the notion of diaspora. As a result, contributes to a greater understanding of the complex dynamics and processes that lead to migration, and in particular the dispersion of the Nepalis from Nepal.
Copyright Bookkaze Co,. Ltd. 2021