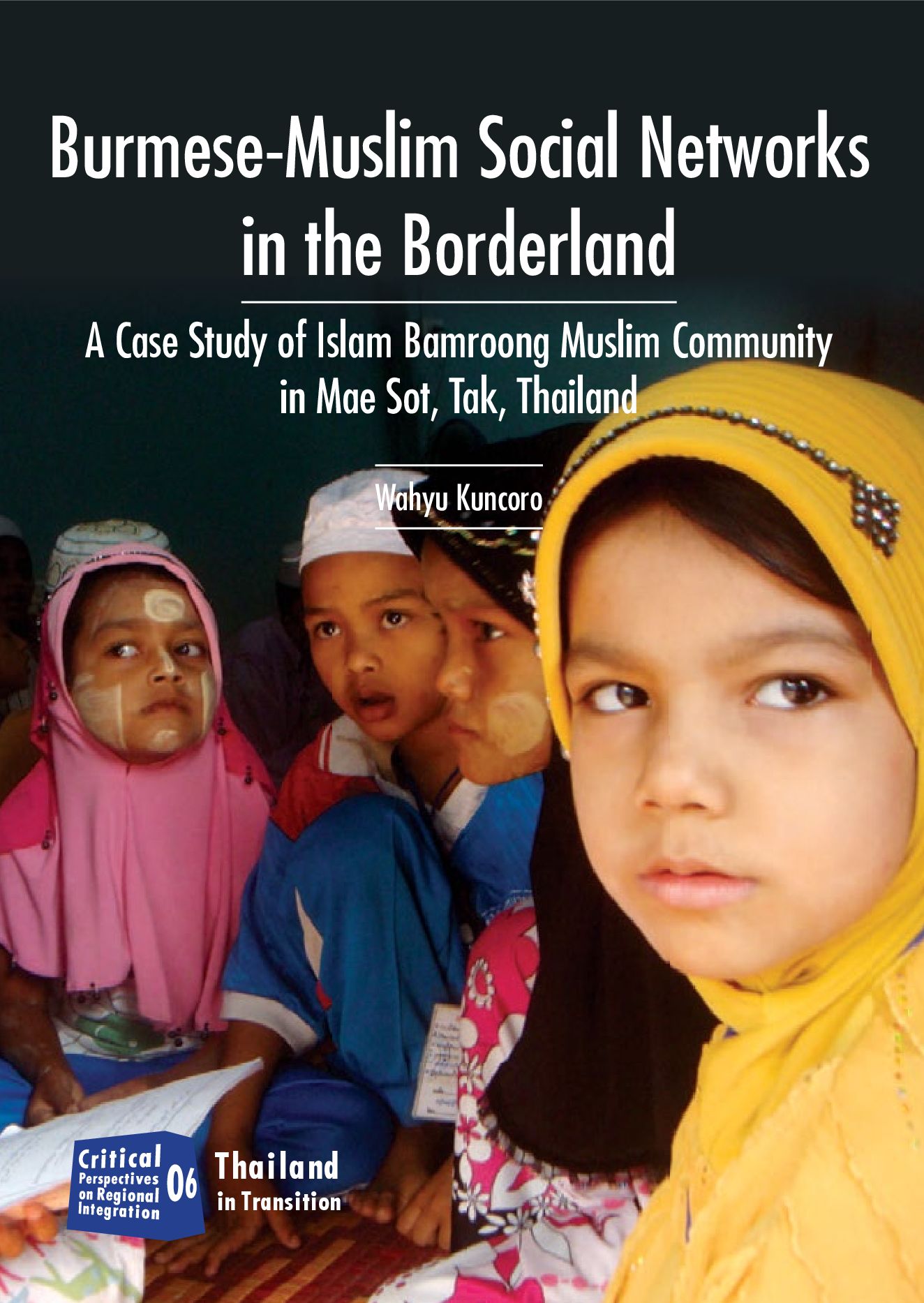 Burmese-Muslim Social Networks in the Borderland
A Case Study of Islam Bamroong Muslim Community in Mae Sot, Tak, ThailandWahyu KuncoroThe success of the Burmese Muslims’ socio-economic adaptation in Mae Sot has been influenced by their flexibility towards ethnic identity. When they first arrived, family and ethnicity relations were their fundamental social network, and this helped them access many needs, such as shelter and work. This social network has since broadened with their participation in religious activities alongside other Muslim communities. To some extent, being Muslim has positioned the Burmese Muslims as insiders within the community of Mae Sot Muslims; allowing them to access various kinds of facility provided by Nurul Islam Mosque, whether religious, social or cultural. On the other hand, religious identity has also allowed Burmese Muslims to connect with a transnational Islamic network called Tablighi Jama’at, which is spread throughout many regions of Thailand. Faith is; therefore, a fundamental factor in motivating Burmese Muslims to become involved in this movement, although some of them also manipulate this network, as an adaptive strategy, to negotiate with state agencies and/or access and accumulate multiple forms of capital. Throughout its chapters, this thesis argues that ethnic identity is a product of state construction, which is then re-worked and re-presented in a variety of ways by different people and groups (see also King and Wilder, 2003). As a result, the meaning of ethnic identity is not only related to the imagination of ethnic boundaries, but is also a cultural capital that connects people or units with a broader socio-cultural, economic and political network.
Copyright Bookkaze Co,. Ltd. 2021