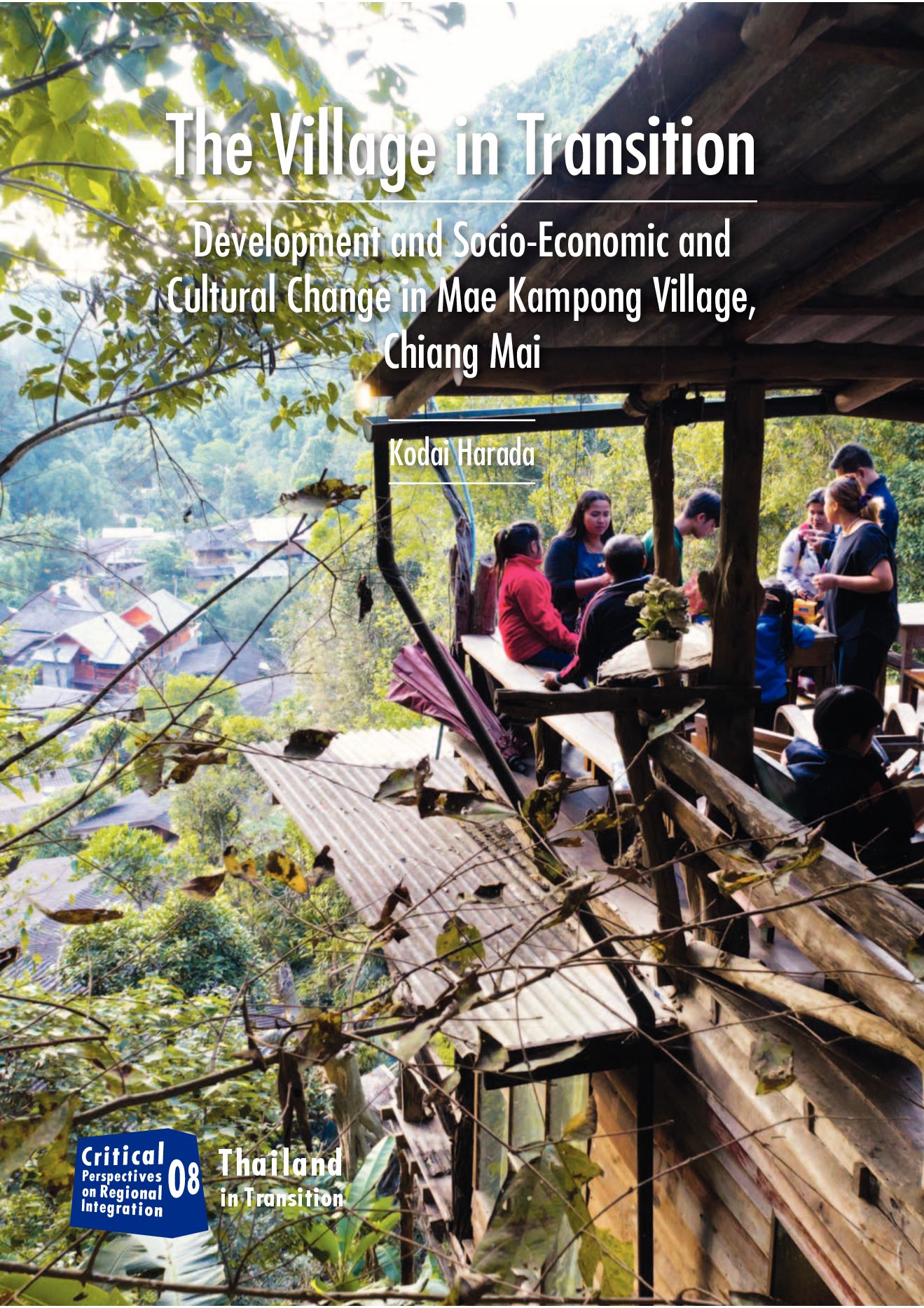 The Village in Transition
INTRODUCTION Starting from the 1950s, Thailand had experienced unprecedented economic boom in the nation’s history until the 1980s. The average annual growth in the 1960s was 8%, 7%in the 1970s, and 4-6% in the beginning of the 1980s [1]. Thai people, especially those who are in the nation’s capital, Bangkok, enjoyed the economic boom and started to have “modernized” lifestyle. However, behind the scene of the national economic success, rural villages were forced to face predicament because of the urbancentered industrial economy based on neo-liberal economic beliefs. In light of the historical context of the relationship between Thai community and the high-powered state authority, examining one specific community which is struggling to find a way of development in the globalized world today will be of great help to understand the contemporary notion of rural development in Thailand. In this paper, focus is centered on a village called Mae Kampong, which has been under great influence of the Royal project and the Government in terms of development, and yet has a great deal of potential for achieving a selfreliant way of community governance because of its traits as a traditional agrarian rural community. This paper aims to examine the socio-cultural changes that occurred in the village over the course of the contemporary development and ultimately the outlook of community self-sufficiency and selfreliance, deploying a realistic and empirical approach to look at the Thailand’s contemporary phenomena happening in the rural communities. Mae Kampong is the third village of seven villages in Huai Kaew sub-district, Mae On district, Chiang Mai province, Northern Thailand, known as a major producer of Northern Thai traditional tea product called Mieng. It is located east of Chiang Mai province, about 50 kilometers from the city, average 1,300 meters above the sea level. It has been about 100 years since the first generation of this village that had been searching for suitable places for tea cultivation came from nearby areas to settle in the location and started to form the community. Now, the village has 134 households and 374 people in total. The village consists of six clusters, Pang Nok, Pang Klang, Pang Khon, Pang Ton, Pan Nai No.1, and Pang Nai No.2.
Copyright Bookkaze Co,. Ltd. 2020